What Rhymes with Bastard?
Linda Robertson 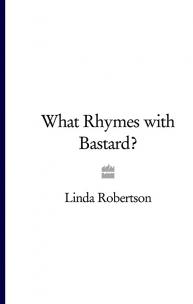 The hilariously candid story of an unbelievably dysfunctional and disintegrating relationship.When her beloved Jack got banged up in a mental hospital after trying to sail down the Thames in a makeshift raft, Linda didn’t take the hint. Instead, she married him and moved to San Francisco, where she planned to get ahead. Alas, her blue-skied visions hadn’t included unemployment, arguments, or Jack’s desire to sleep with as many women as he could get his hands on.As romance turns to rot, our heroine pours her bile into song (but what does rhyme with ‘bastard’..?), assembles a cabaret band and takes to the dark, sticky stages of the city’s nightclubs. And there, amid a morass of strippers, magicians, artists and assorted weirdoes, she strives for the ultimate musical accolade: Ms Accordion San Francisco 2004.This is, essentially, the story of how a very nice boyfriend became a plastered bastard and how Linda wrote some songs about it.