Mistress Of The Groom 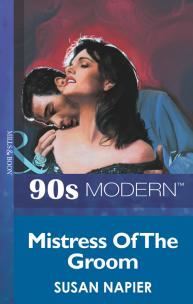 Have you heard the latest? Don't tell anyone but… The groom was having an affair – with his bride's best friend! Jane had been desperate to stop the wedding. She'd had to prevent her best friend from making the biggest mistake of her life… . Marrying Ryan Blair would have been disastrous. He was too rich, too powerful, too hot to handle!There was only one solution: to stand up in church and declare that she, Jane Sherwood, respectable businesswoman, was having a secret torrid affair with Ryan! It had worked. The wedding was finished. But now Ryan was determined to make Jane pay for his wrecked marriage – by making her his mistress for real!