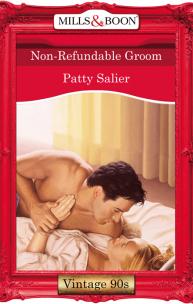 THE GROOM CANDIDATE Elena Martin thought she'd hit the jackpot when a computer dating service that guaranteed marriage paired her with darkly handsome businessman Garrett Sims. No man had ever made Elena feel so protected, and his bone-melting kisses ignited unknown passions. So, after their three prearranged dates, she was ready to say «I do.»But Garrett was saying «Oh, no!» Seems Garrett had no intention of setting foot near any altar. But thanks to a favor for a family member, he was up to his irresistibly broad shoulders in trouble. Trouble in the form of a warmhearted woman who set his hormones racing and whose blue eyes spelled forever. Now what was a nonmarrying kind of man to do?