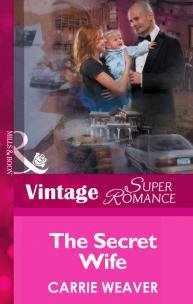 How did this nice girl end up as the other woman? Even worse, how did she end up the other wife?Until she met Eric, Maggie McGuire had been above reproach. Now she's been forced to drive cross-country to ask for help–for her child, not for her–from Eric's family. And there, to her horror, she discovers that Eric is already married.J. D. McGuire is used to cleaning up his brother's messes, but this is the worst one yet. Before he can even start, Eric is killed and Maggie is under suspicion. Even though he'd like to walk away, he finds he wants to help her. But how can he believe Maggie is innocent when he knows she's lying about his brother being the father of her child?