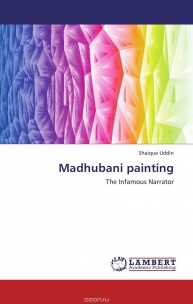 India... is an ocean of vast Cultural History. All the regions having its own distinctive culture, that defines their lifestyle. With the modern Era starting and the Globalization upgrading the overall system of Country, people in their day to day life have started to forget the importance of their heritage. Madhubani art is one such story. hailing from extreme North of Bihar Province in Eastern India touching the borders of Nepal, is this small district, Which has been famous for its very beautiful painting Called Madhubani Painting- deriving its name from the region. Being Located in such a extreme location, people hardly get to know about this culture, and the Absence of a proper platform to showcase this talent has hurt it even more. Idea of this research and study was to provide such a platform that will not only become the landmark for locating the city on a global world map, but also,deriving the cultural ethics into a Contemporary Architectural Language.