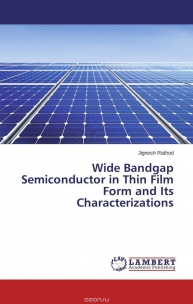 A detailed review on the structural, optical, chemical and electrical properties of the almost entire group II-VI compound including ZnTe have been presented in this book. Also, a brief discussion of the references through the literature regarding zinc telluride is presenting. A brief review of thin film preparation techniques has also been covered.Preparation of ZnTe thin film using thermal evaporation technique has been discussed. The effects of thickness and substrate temperature on structural, optical, electrical & transport properties have been investigated. Book also includes the overall conclusions drawn from the present investigation, which is followed by the future scope of work.