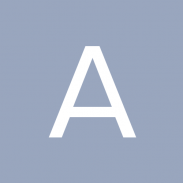 Назад
назад к блогу
When Should I Touch Her?
0 комментариев

When should you touch a girl? When it's early on in the meeting and dating process, here is our advice...

In fact, they’re like a human Mr. Octopus; continually ‘accidentally’ brushing up against her, stroking her arm/leg/shoulder, petting her like a cat, or even going as far as to copping a feel.

The pickup artists like to call it ‘kino’ (short for kinesthetic) and some actually believe it’s a key to success with women (while they ignore the guys who get even more success without ‘kino’).

Seems they never got the memo that one of the biggest complaints women have about men is that they touch the girl way too much, too soon, and inappropriately. Yuck.

On the other hand, there are a whole lot of guys who are afraid to touch – all kinds of fears about being labeled a pervert, a molester, having the cops called on them, and finding their names and faces plastered all over the newspapers, television, and Internet serve to keep their hands at bay, thereby leaving the woman to wonder ‘Does this guy actually like me, or is he maybe … gay?’

So what’s a Cool Guy to do?

At Loveawake we tell our guys that it all begins with a ‘Hi, what’s your name?’ and then a handshake as we say, ‘Nice to meet you, (Her Name).’

After that first initial touch – which lets us gauge sooo much in those few seconds of skin to skin contact – we pretty much keep our hands to ourselves, until we note that she punches us in the arm when we say something funny, or she reaches across the table to touch our arm when making a point, or takes our arm as we offer it when walking down the street.

Those are all clues.

We know that women will only touch us when they’re actually feeling comfortable with us – it’s their cue, telling us ‘It’s okay, you can touch me now, I won’t bite.’

But even then we also are aware that we should really be touching her only once for about every 3-4 times she touches us, and that we should always be the one to break off the contact first (we want her to chase us for more of that ‘skin-ship’ that she craves).

Rather than being the Masher who’s constantly pawing her, or the ‘Fraidy Cat’ who can’t seem to sack up bridge the gap, a Loveawake knows his touch contains a whole lotta ‘magic’ and he doles it out carefully, indeed.

Test it out yourself and look for those signals that women put out there to let you know they’re ready to get closer and make it happen elegantly.

10 Steps to Solidify Your Love

How The Superbowl Can Improve My Relationship

Am I Becoming a Prude?

Safely Dating Online is About to Get Easier

The Race To Marry…I’m Not Winning

When Your Boyfriend’s Best Bud Is Gay

Spruce Up Your Online Dating Profile

Should We Just Be Friends?